Hello, Bonjour / Shalom a warm Welcome to a unique Trip of The Great Mountains. Which was pre-planned for three folks…but that fourth, Jack A** didn’t even think in his dreams that he will be part of this Trip.

After all that booze shit we were finally agreed to Chal Bhai!!! ab nikalte hain by managing our Nasha we packed up with bag packs & gears and lots of stuff ;). After trying so many times finally we found a cab and with the help of GPS and Our Own local GPS ( Bhaiya aage se left or Juice wale se ab paan ke khoke waale “Specially RAJAN KI DUKAAN” se Left and right and left and again n again…), driver somehow manages to keep his car scratch or dent free in those narrow streets of Janakpuri. We got into the cab and then we had few drags of Marijuana, you should try at least once in your life. The Shit was too good. We reached Kashmiri Gate ISBT and had another drag but by the time we were there. All good luxury and semi deluxe buses of UK Trans Corp were already left for Dehradun. So we took the ordinary bus which was not bad, in his good condition we can say that. We were enjoying our road trip we had a BOSE Bluetooth Speaker with 5.1 surrounded sound. THAT LITTLE Champ made our journey more energetic and more Live It Up. 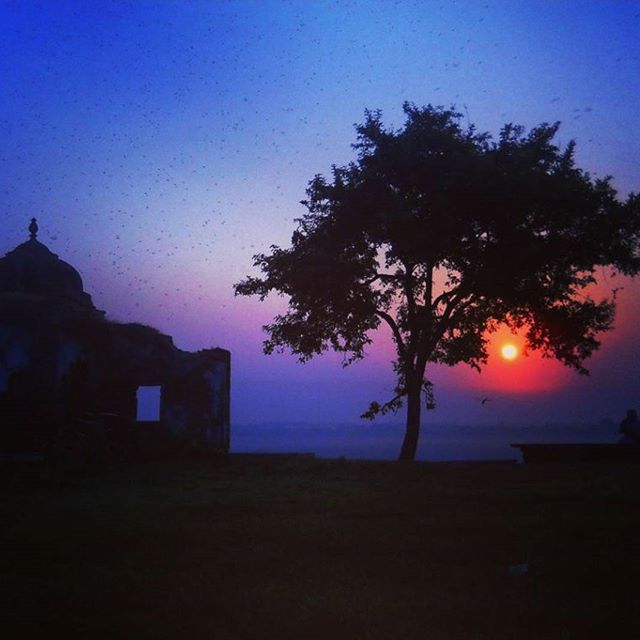 Next Morning we were in the capital of Dev Bhoomi Uttarakhand. Uttarakhand is commonly known for its own and unique aura whether you can talk about Haridwar, Rishikesh, Badrinath and Kedarnath and so on.

A unique presence of mist in the air in the morning time, by having that view it feels like inhale that air as much as you can. After covering nearly 300kms of our journey we took our first Halt at a friends place. By knocking so many times and by shouting continuously one of us finally jumped through his corridor and somehow manage to wake them.

We were tired now we had our last nap literally the day before yesterday’s night. These guys had a party last night and all of them were still in HANGOVER that’s why they didn’t even get up and just from where they were saying HELLO BHAI !! BADIYA…lol. After Hi/Hello we laid down in the next room and had a bath and after that, a warm tea in that particular weather and then two guys went to pick those Bikes which we hired for our trip, and rest two sleeping like, Hell Yeah!! They are dead. It’s Time Guys let’s get up and ready for the trip one of them shouted at those sleepy fellows. We waved off to our friends and reached to our bikes and tied up our gears and bags and moved towards “CHANDRASILA” our last stoppage of Journey. 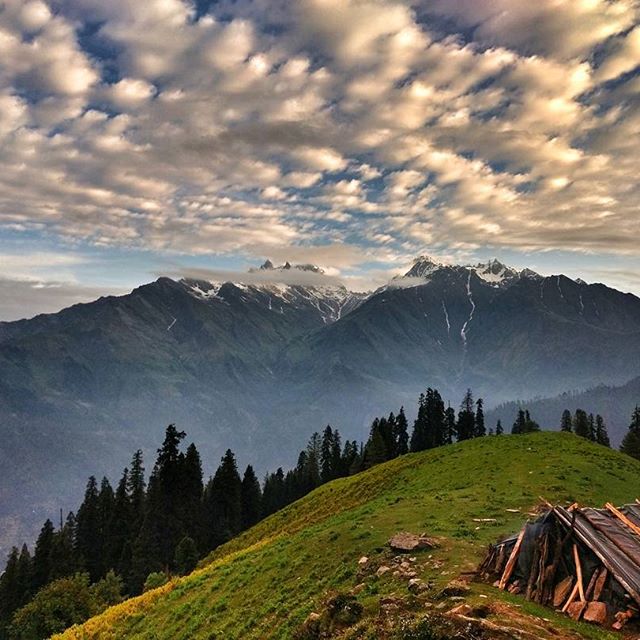 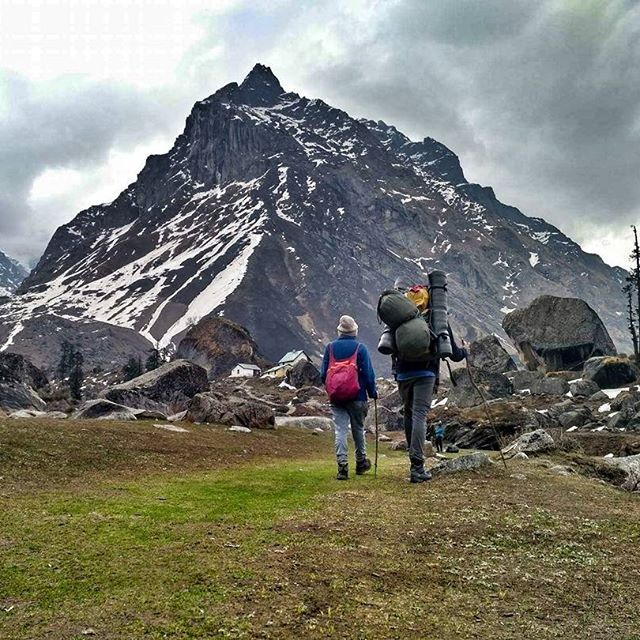 Dehradoon to Dhanaulty roads were broad, in a hilly area you can easily drive on those routes.

It was almost 5 we took our next stop at MAGGIE POINT. We had our photo session and it’s a good place where you can get some good pictures. Both the side you can see the tree lines and a view of Dehradoon. In evening times you can see the beauty of Dehradun city. From the height of 2286 Meters, Dehradoon looked amazing. 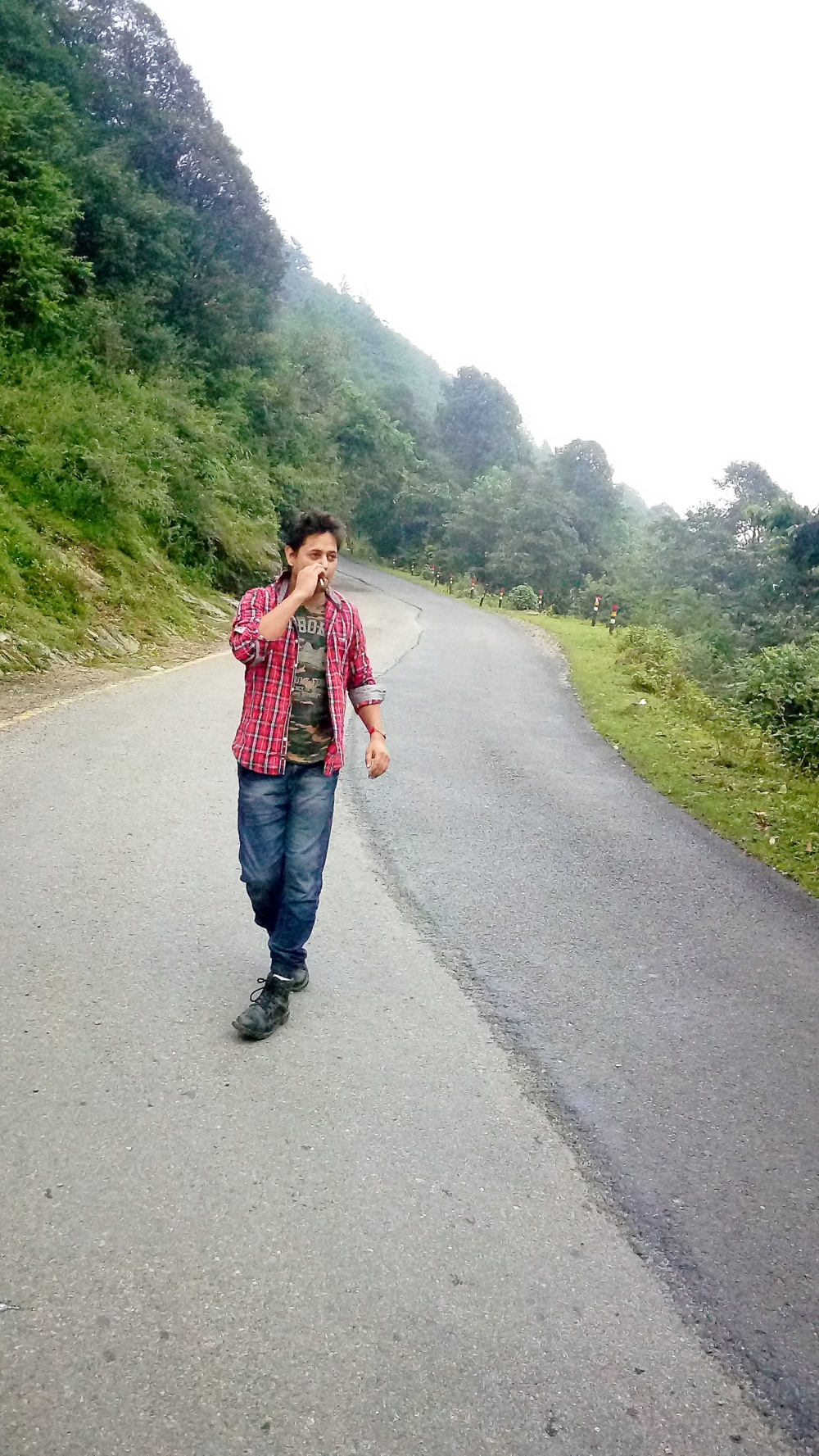 The Characters in this Trip are as followes….

MJ! Mayank Joshi, tall, handsome, muscular Hunk which he has earned by hard workout. He is an entrepreneur. Next one is MINKU friend of MJ and I meet him the first time on this trip, that guy was traveling third-time TUNGNATH Trip and for us, it was our first trip, but with the same enthusiasm he was traveling and having fun with us like it was his first. That guy actually loves the Trekking.

And JUNIOR BOY a few months back, he came from the US with A. So was more excited among us in this Trip and he had enjoyed a lot. And I was so happy after a long time. I love the mountains so I have decided to explore the Uttarakhand first This State has lots of places where you can really get the memorable views and an inner peace. 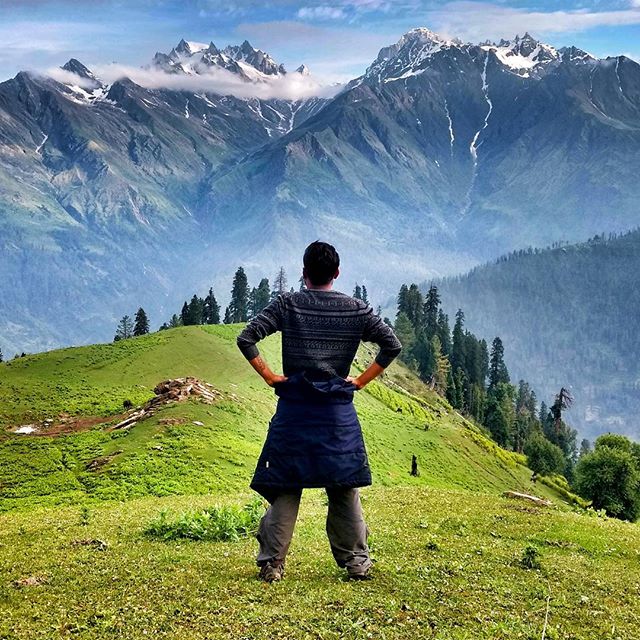 So we moved towards Dhanaulty, place commonly known for its adventures troops like you are under ARMY training camp and doing exercises. We stayed at Dhanaulty that night. That night was AWESOME guys, we were not even tired because that excitement and curiosity of exploring Gharwal was getting more anxious.

We decided let’s go for the BONFIRE and absolutely correct HOW?  So we had an Idea, let go to the jungle and collect some stuff. But we were not lucky that day and we were afraid of ANIMALS as well. Coz we nearly 1 km inside of the jungle and in that area, you can easily meet with those night beast. B’coz Our JUNIOR BOY felt that G**** F**** experience in this journey. SO stay tuned with us for our Trip.

Somehow we arranged the stuff. HURRAH BONFIRE. Let’s play some music and as you that LITTLE CHAMP was again a center of attraction. BOSE speaker has its unique sound quality. We were enjoying our Bonfire and having selfies for our collections.

Suddenly two couple’s came to us and asked: “Hey guys do you have Barbeque as well”. We were like Fuck Dude kya COOL uncle Hain yaar. We said No Uncle, only we and God know how we managed that Stuff, but you’re most welcome if you would like to enjoy with us.They said THANK YOU BOSS….You guys enjoy. 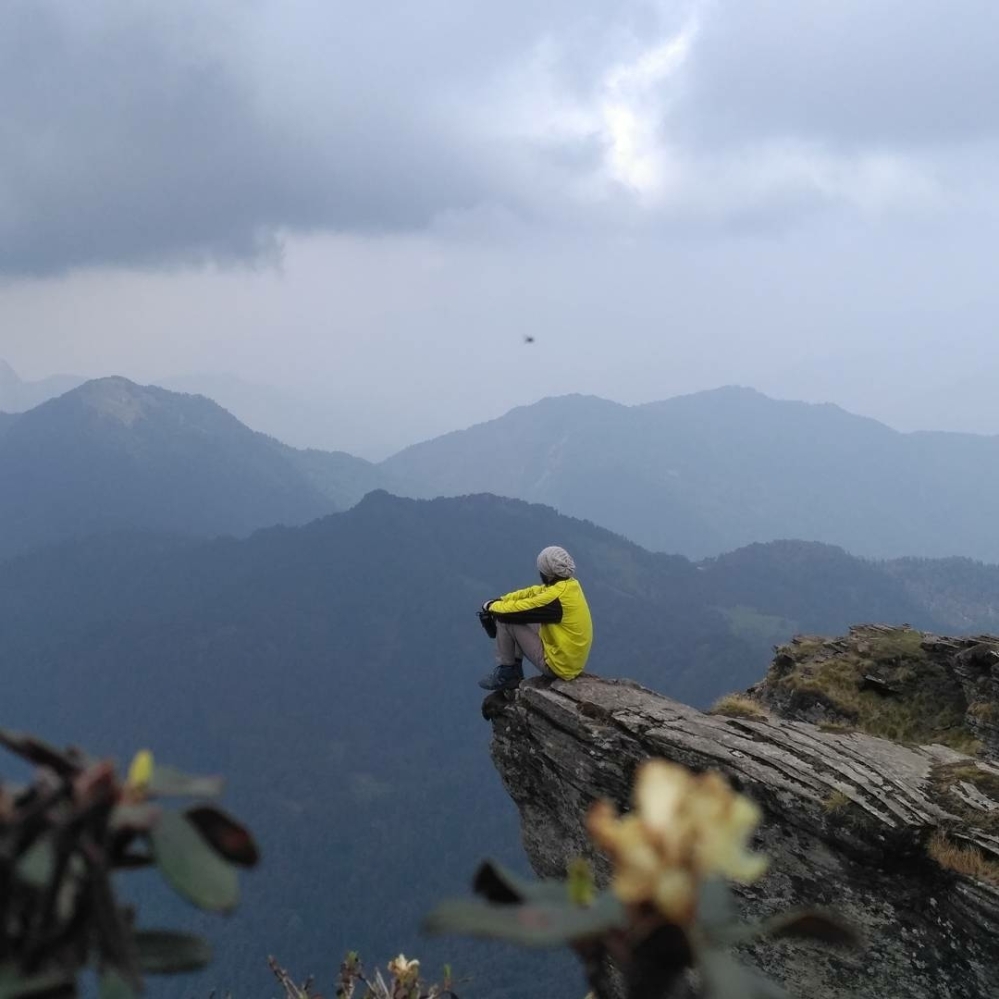 Now we already had enough BOOZ because we have decided that we have to get up early in the morning then Only we can reach the TUNGNATH by tomorrow late evening. But suddenly Minku said CHALO YAAR BAWA AB *** WALE BHAI KE PASS JATE HAIN. MJ and Junior have already thought about that so JUNIOR said CHALO MAAJHII (MJ) CHALTE HAIN BC.hahaha. We have finished our peg and wrapping the stuff then again MINKU stopped a carrier truck and having a conversation with the driver, within few minutes he came back to us and said, Dude, that bro was cool he gave me a joint let’s roll this SHIT. 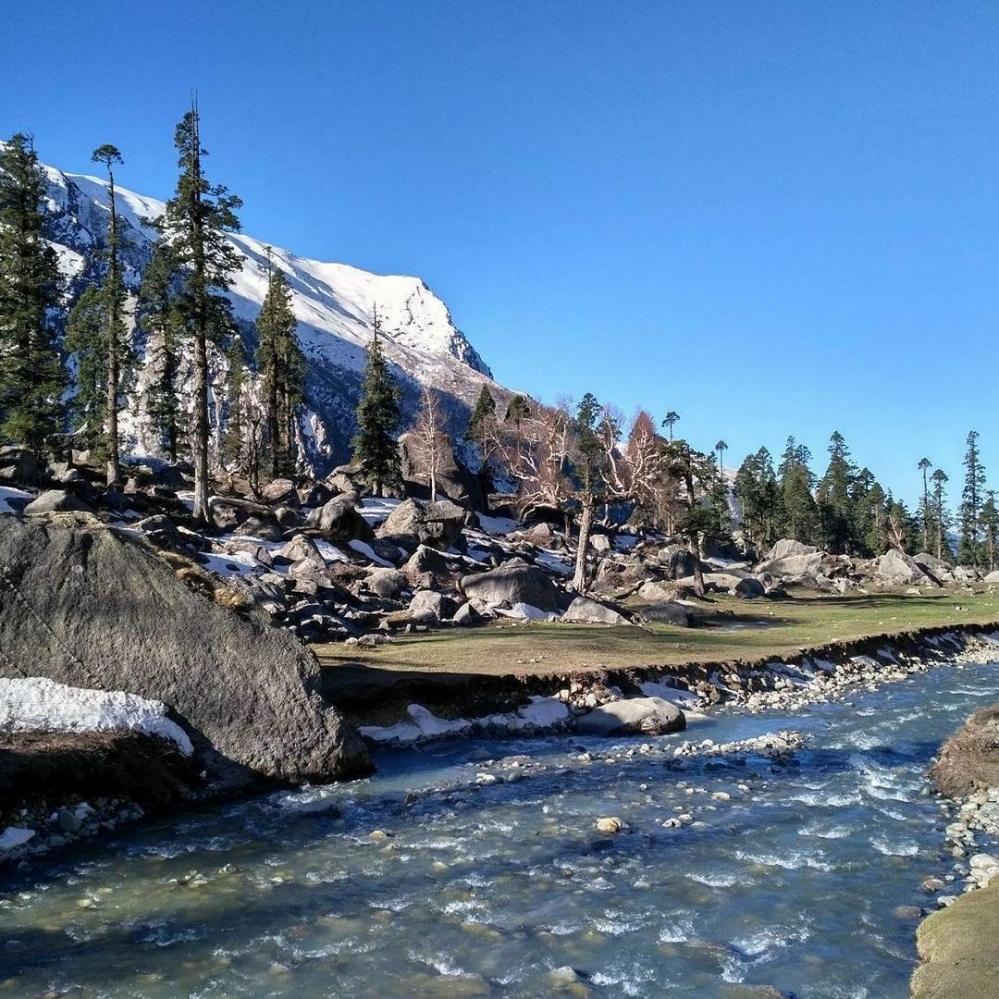 But somehow after a voting, we agreed that we will have that joint after dinner. So we took our bikes and reached to the same place from where we collected the Bonfire Stuff. We knocked the door again and again but this time there was no response, it was late night already and in Hilly areas, they usually sleep around 9-10 at night. And by the time we were there, it was almost 12 and that guy would have been in his dreams. So we came back and had our dinner. The dinner was good you can say average. SO finally GOOD NIGHT JOINT we had that and getting relaxed. And excited for tomorrow morning, the trip towards TUNGNATH.

This site uses Akismet to reduce spam. Learn how your comment data is processed.